In honor of the upcoming festivities in the Black Rock Desert, I am posting photos from my disposable camera from last year’s burn that I finally developed. This was an absolute whirlwind trip for me, as I left for Nevada the day I finished packing up and moving out of my beloved Oakland apartment and then boarded a plane to Tokyo only two weeks later. Some people spend the whole year preparing for their virginal sojourn to the ‘playa’ but I just took a bunch of wayward articles of clothing that I was neither taking with me to Japan, nor selling/donating/putting in storage. The hodgepodge is real! The pace at which this all happened made my head spin. I think if I were to go again (which I hope to do), I will arrive more prepared for desert survival and be more intentional about only surrounding myself with positive, loving influences; people I know will protect and look out for me and vice versa.

I say this because I camped separately from my friends with a group of strangers so when it wasn’t possible to meet up, I was often wandering the desert alone. While I had wonderful interactions with passersby, I also largely felt alone. It’s human nature to create in groups and out groups, question foreigners, and protect your own. And for all the radical inclusion the event promotes, I sometimes felt not alternative enough, not dressed like a Burner enough, not prepared or experienced enough. Despite the rampant nudity, I also encountered aggressive and unwelcome comments about my body a few times that made me very weary. The event is getting larger and larger every year, and with that influx, it’s impossible to keep those out who are merely tourists (much like myself), and may not embody the full Burning Man ethos. Still, I know that the experience is absolutely individual and affected by state of mind. I think with the impending tumult in my life I wasn’t in the proper head space to fully enjoy the experience and all it had to offer, so I would love to go again.

At Burning Man, you are surrounded by art not only as an observer but as a creator, interactor, and interlocutor. The way your daily life might be infused with stressors like pollution, traffic, or deadlines, at Burning Man your senses are assaulted with creativity and the marvelously wacky. I absolutely saw things in that desert mirage so magical they felt unreal (a particular massive metal Octopus with its tentacles ablaze comes to mind).

One structure that particularly moved me was the Temple. The story goes that the architects of this structure lost one of their friends and fellow builders in a motorcycle accident prior to leaving for Burning Man, so that year they built the art installation as a memorial to him. Black Rock City citizens began leaving memorials and messages to people they had lost there and so the tradition of the Temple was born.

I left a note for my father there and felt very emotional just gazing upon it. As a person who has never been religious aside from an intellectual curiosity, I was moved by how meaning can be imbued by thousands of people into an inanimate object or space. This massive and spontaneous blessing imparted so much weight and reverence, and to me it was a powerful symbol of what humanity can achieve through compassion. (Read more about the Temple’s history here.)

A happy burn to all who are present this year. 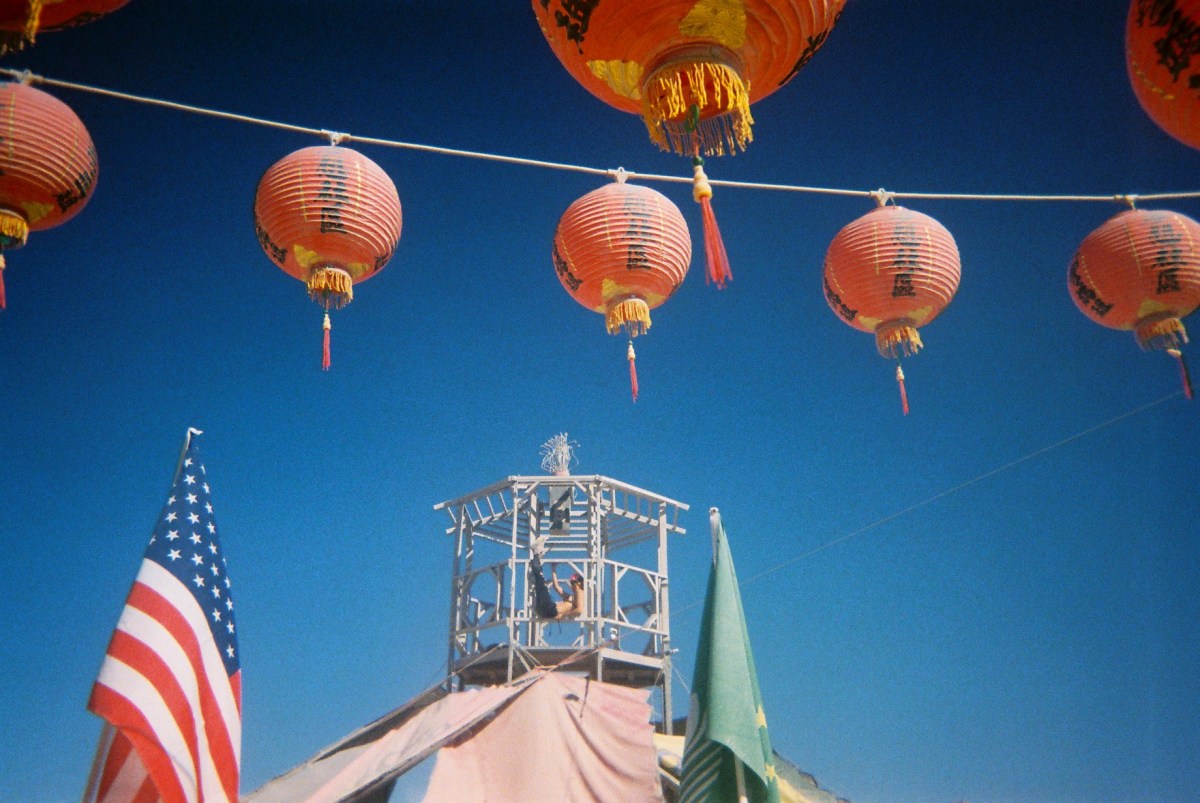 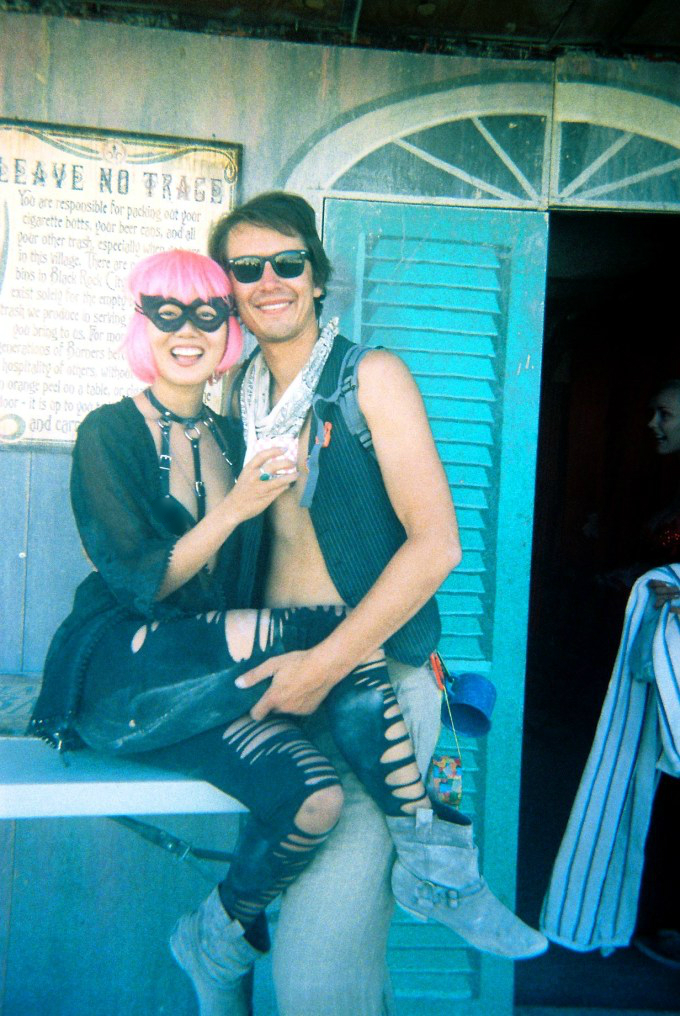 my friend doug and the mask he made me 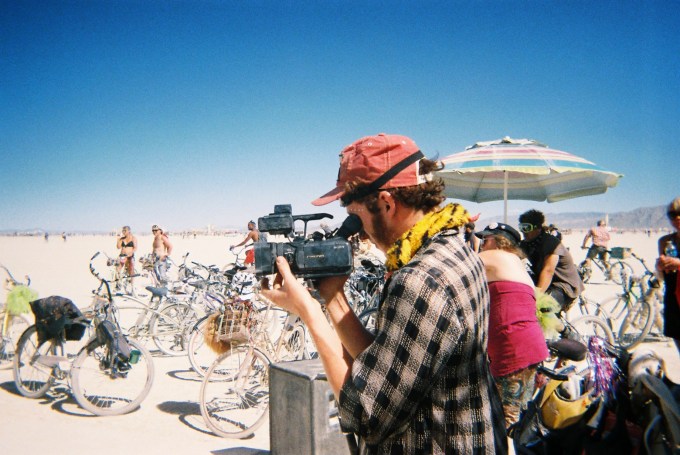 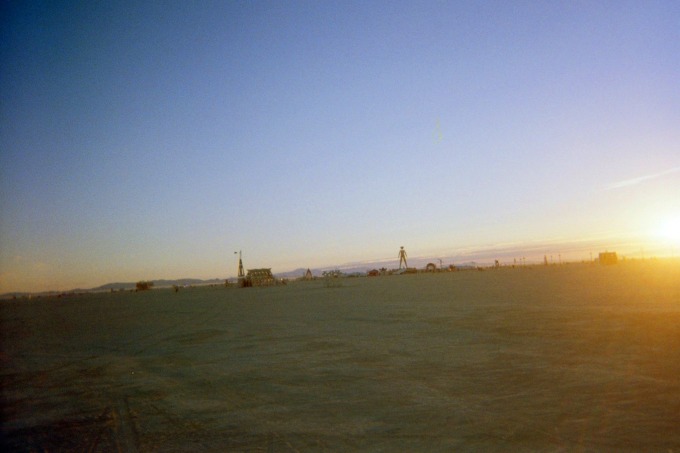 i spy the man 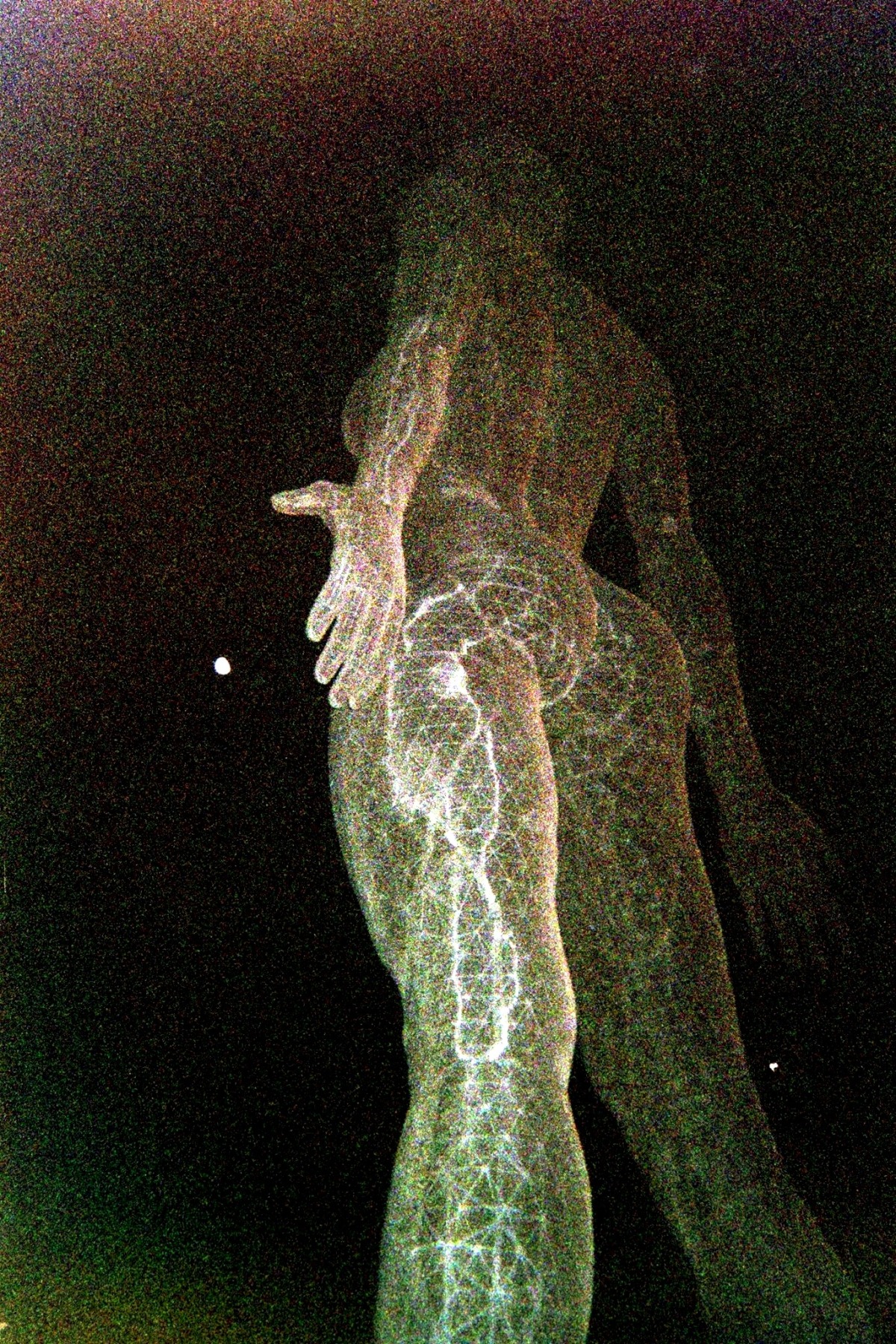 These photos were taken by me on a Kodak Fun Saver disposable camera and recently developed at BIC camera on Fujifilm. The last photo was taken by a photographer named Patrick Roddie who took my picture at Center Camp. According to his website he has been taking portraits at Burning Man since 1998! Amazing. You can check out his work here.